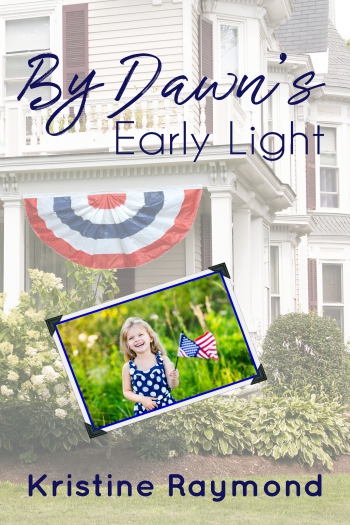 Driving from New York to California with her five-year-old daughter, Monica Russo was more than ready to start a new life and leave her old one, and her cheating ex-husband, behind. The last thing she expected was for her car to break down in the small town of Celebration, five days before the Fourth of July holiday. When a ‘knight in shining armor’ comes to her rescue, complete with pick-up truck and adorable dog, and proposes they stay at his parents’ home, she’s hesitant, but a lack of accommodations in town leaves her no choice. Welcomed with open arms, it doesn’t take long for her to feel like part of the family.

Joe Callaghan has never quite recovered from his disastrous marriage, or the guilt he feels for not being there when his father fell ill. Now living in an apartment above his parents’ garage, he leads a quiet life, running his own carpentry business and hanging out with friends. When he happens upon a woman and her daughter stranded on the side of the road, he plays Good Samaritan and offers them a place to stay. It doesn’t take long for him to become enamored with Monica, and when sparks fly, he knows he’s finally found the right woman. All he has to do is persuade her to give up her plans and start a new life in Celebration… with him.

The Fourth of July picnic is his last chance to convince her to stay. Once the fireworks fade, will their destinies be changed by dawn’s early light?

Turning onto his parents’ street, Joe drove to the end then pulled into the drive, the tires crunching on the gravel. In the dead of night, the sound was like really large bubble wrap being popped, and he wondered how it didn’t wake half the neighborhood. The house came into view and his intention to drive past to his apartment was thwarted when he noticed a light on. Worried that something had happened to his father, he parked in front of the porch and hurried into the house.

Entering the kitchen, he noticed the overhead light was off. What he had seen as he’d pulled up was the glow from the light over the stove.   A quick glance around the room reassured him that nothing was amiss, then his gaze settled on Monica, who was sitting at the table, her hands wrapped around a mug of tea, apparently deep in thought. “Is everything alright?”

Startled by the sound of his voice, she jumped out of her chair. “Yes, why, what’s wrong?”

“Nothing’s wrong. I was on my way home and saw the light. I thought something might’ve happened to Dad.”

Monica glanced at the clock on the wall above the stove. 12:20. Must’ve been some night with Lauren. “Your dad’s fine. They’re both asleep; have been for hours. I’m restless in a new place and didn’t want to wake Kimber up. I thought a cup of tea might help.” Seeing the relief on his face, she felt bad for the anxiety she’d inadvertently caused him. “I’m sorry. I didn’t mean to worry you.”

“It’s okay.” Walking to the cabinet, he took out a glass, then opened the refrigerator and poured himself some sun tea. “I like mine cold,” he explained, tilting his head back and draining the glass. The muscles in his neck contracted as he swallowed the icy beverage, his Adam’s apple bobbing up and down. Rivulets of moisture ran down his throat and disappeared under the collar of his t-shirt.

It was the sexiest thing she had seen in a long time and made her aware that she was dressed in only a tank top and boy shorts, with a kimono style robe overtop. She watched as he put the empty glass in the sink and then turn to look at her, his eyes slowly perusing her body. Resisting the urge to cross her arms over her chest, she stood there and let him look, each pass of his gaze like a caress that set her skin tingling. “How’s Lauren?” she asked, and his eyes snapped up to meet hers.

“Loren?” he repeated, his brows furrowing, wondering what his best friend had to do with anything.

As nonchalantly as possible, she moved to the sink to rinse out her mug. “Didn’t you have a date tonight?” Keeping her back to him, she squeezed her eyes shut waiting for his response.

“Not with Loren, I didn’t,” Joe answered, unable to keep the humor from his voice.

Just how many women was this guy seeing? Opening her eyes, she dried the mug and put it back in the cabinet. Deciding to wash out his glass as well, she turned on the faucet, running the dishcloth around the rim where his lips had been just a moment before. “Oh, I thought I heard your mother mention something to that effect. Not that I’m trying to be nosy.”

She reached for the dish towel but he grabbed it first. Taking the glass from her hand, he dried it and put it away. “I went to Deuce’s tonight to shoot pool with Frankie and Loren. He’s my best friend; has been since kindergarten. That’s who called for me.” He studied her face, amused by the myriad of emotions that played across it.

“Oh, well, it wasn’t any of my business. I was just wondering….” She fidgeted as he took a step closer and before she knew it, he had wrapped the dish towel around her waist, pulling her to him.

“Would it bother you if I was out on a date?” he murmured, bringing his face close to hers while keeping his body just out of reach.

Gulping, she answered, “No, why should it? I mean, it’s not like we’re going out.” His lips were mere inches from hers and she could smell beer on his breath. There was another scent too, a masculine scent, fresh and sweaty at the same time. Her heart was pounding out of her chest and her nerves sizzled like a live wire. Every part of her body was aching for him to touch her but all he did was stare.

“What have you done to me?” he asked, moving his head to nuzzle her hair, sweeping it back away from her neck. His fingertips tingled as they brushed lightly against her skin and he could feel the blood rushing through his veins. “How can it be that I’ve known you for less than a day but it feels like you’ve been in my life forever?” 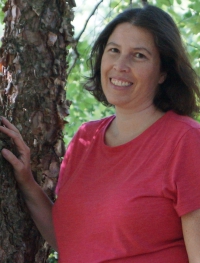 Kristine Raymond didn’t figure out what she wanted to be when she grew up until later in life. If you haven’t guessed, it’s being an author.

When she’s not writing, she’s learning how to navigate the publishing and promotional side of the business. When she’s not doing that, she enjoys spending time with her husband and furry family, reading, gardening, and binge-watching shows on Netflix.