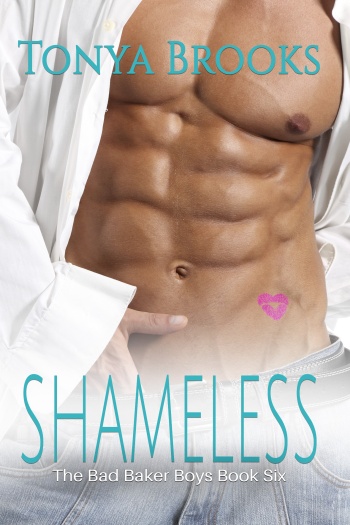 Jed Baker was a man of many secrets.

After his beloved wife’s death, he had dedicated himself to raising their four sons.

Unwilling to risk his heart and betray his wife’s memory, he denied his attraction to a stunningly beautiful single mother.

Until the day he finally gave in to the hunger that threatened to consume him.

Once his inner bad boy had been unleashed, there was no turning back.

It was time to claim the other half of his soul.

That night, Jed took Claire to dinner at the Manor House, the finest restaurant in Lakeside. In spite of the shocking looks they received, he proudly led his lady through the rest of the diners, pausing along the way to greet friends and neighbors. Everyone they spoke to was dying of curiosity, yet no one had the audacity to ask any questions.

A wicked smile curved his lips.

They’d know soon enough, Jed thought in satisfaction. He knew that Claire was nervous, but you couldn’t tell it by looking at her. And he did love looking at her. She was, without exception, the most beautiful woman he had ever laid eyes on. The face of an absolute angel with a body made for sin. And she was his.

After tonight, everyone would know it.

Once dinner was over the waiter served dessert. He placed a plate in front of Claire and removed the silver serving lid with a flourish. Jed saw her mouth drop open as she glanced down at the plate. When Claire looked up at him, those sapphire eyes were the size of saucers and looked completely dazed.

He reached over and plucked the engagement ring from the box sitting on her plate and sank to one knee beside her. Gasps and exclamations were heard around the room as the other diners realized what was happening. You could have heard a pin drop when Jed took her trembling hand in his and told her what was in his heart.

“Claire Abbot you have a heart of pure gold, the spirit of a warrior and the face of an absolute angel,” he said solemnly, his deep voice resonating through the room. “For twenty-five years you’ve been a mother to my sons and the best friend I could have asked for. I love you, Angel and it would be an honor to claim you as my wife. Will you marry me?”

Tears slid from her eyes, and the woman he loved seemed to be beyond words at his public declaration. “Yes, Jed,” escaped her lips on a breath of sound.

Jed slid the ring onto her trembling finger and sealed it in place with a kiss. Then he leaned forward and placed a kiss of pure reverence on her lips. The absolute joy on her face and the radiant smile she gave him filled him with a deep sense of contentment. He wanted to see that look on her face every day for the rest of his life.

They had already spent too much time apart as it was. Too many years that they could never get back. He decided right then and there to make up for lost time by treating every day as if it were their last. He was going to start living life to the fullest with this wonderful woman by his side. Jed rose and pulled Claire into his arms as he faced their avid audience proudly.

“She said yes,” he announced with the trademark bad Baker boy grin. Someone started clapping, and everyone else soon joined in. Their friends and neighbors gathered around to congratulate the happy couple. Jed knew the gossips would have a field day, but at least he’d given them a romantic version to talk about.

And if anyone dared to gossip about his woman, he’d kick their ass. 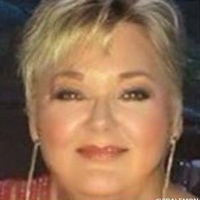 Tonya Brooks is a teller of tales, a dreamer of dreams, and a weaver of words. Her steamy romances contain action, suspense, and humor with unexpected plot twists and turns. You never know what’s going to happen next, hence her catchphrase, It’s all smoke and mirrors till… The End.

Her contemporary romance series, The Bad Baker Boys, is set in the small Southern town of Lakeside, SC and the supporting characters were so well loved that she began the Welcome To Lakeside series just for them.

Her romantic comedy series, I Boinked The Boss, will leave you laughing out loud and begging for more.

Her historical romance series, The Ashbrook Legacy, set Regency London on its arse with madcap hijinx, dashing lords, and nary a damsel in distress.

Her military romance series, Invictus Security, features a former Navy SEAL team who open their own private security agency and rain hell after the enemy targeted their women.

Her paranormal romances are available in the multi-author Howls Romance and Bad Alpha Dads collaborations, and her own The F.E.R.A.L. Shifter series.

She lives in Myrtle Beach, SC with her very own bad boy husband. Most weekends you can find them playing tourists in their hometown, at a festival, or shell hunting on the beach. She’s a coffee addict, dark chocolate connoisseur, and lover of all things romance. She loves to read, loathes cooking, has an extremely eclectic taste in music, and a wicked sense of humor.